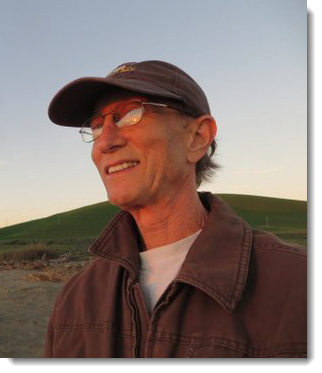 Mark S. Schecter, DC, ND has lived and worked as a holistic chiropractor in San Luis Obispo since 1979. He currently lives in Cayucos, CA.

1995 – 2004 Teaching MBSR in our community at French and General Hospitals as well as other locations to physicians, nurses, mental health care professionals and the general public.

2013 to present – More than 100 students have completed Mark's eight-week (21 hours) The Path of Mindful Awareness program which combines MBSR with time-tested insightful wisdom and evidence-based research at Green Lotus Center in Morro Bay. This is a secular approach that is non-religious but can be considered ‘spiritual’ in the sense that is communicated by this quote from former teacher of Mark's:

Spirituality is simply a means of arousing one’s spirit, of developing a kind of spiritedness. Through that we begin to have greater contact with reality. If we open our eyes, if we open our minds, if we open our hearts, we will find that this world is a magical place. It is not magical because it tricks us or changes unexpectedly into something else, but because it can be so vividly and brilliantly. - Chogyam Trungpa Rinpoche

Mark has a passion for this work and loves sharing it with others.

Click here to learn more about workshops Mark can bring to your organization.